Home > Uncategorized > Why build an ADU or a Granny Flat in Oakland?

Why build an ADU or a Granny Flat in Oakland?

Why build an ADU or a Granny Flat in Oakland?
As of January 2017, a new state law took effect that encourages homeowners in the state of California to build Accessory Dwelling Units, also commonly referred as “granny flats”, “in-law units” or “secondary units”. The law is a major step towards solving the housing crisis of California.

The city of Oakland is one of the worst hit by this crisis and the problem is just worsening. A report shows that the number of homeless people in the city have increased from 33,423 in 2010 to 55,188 in 2017. This in spite the drop in National homelessness.

While the 58% of the total population of Oakland which at an average gives 30% of its income to rent is facing this huge problem. The new ADU law presents the homeowners with an opportunity to make some extra cash.

Check out how much you can earn on your property in Oakland here.

Construction of an ADU
Since it is clear that how ADUs can be a win for all – homeowners, renters and the city, let’s talk about the cost involved in building an Accessory Dwelling Unit.

Construction of ADUs typically cost less than any other housing because they do not involve paying for land or buying major new infrastructure.

ADUs can take one of the three forms:
Detached: Unit is separated from the primary structure

Attached: Unit is attached to the primary structure

Repurposed Existing: Space within a primary residence that is converted into an independent living unit

The cost per-square-foot of an ADU is likely to be the same as any other new residential construction which can be about $150/sqft to $500/sqft for builder basic finishes: two-color paint, carpeting, stainless steel, sheet mirrors, and granite countertops. Of course, there are a lot of variations to this rough estimate depending upon site condition and a lot of other factors.

Does my property qualify to build an ADU?

You can add an ADU to your property if you meet these requirements:

I own a single family home

My home has one of these:

extra space in my backyard

A garage in my Backyard

How many ADUs are there in Oakland?
Since 2013, a total of 644 projects have pulled a permit to build an ADU; however, only 404 of those have received a certificate of occupancy. The 644 permitted ADU’s represent 1/8th of 1% of the City’s 485,000 single family zoned parcels. Those numbers reflect the overall total as of March 14, 2016.

It is estimated that there are thousands of structures that have been converted illegally by converting a garage or recreation room into a dwelling unit without proper permits. Those units are not made legal by the new ordinance and are subject to citation. Some of these existing units may be eligible to pursue permits if they otherwise meet the requirements of the new ordinance and the City’s building codes.

Most of the approved units have been located in the San Fernando Valley because the lots are typically larger and the driveways and lots are configured such that an ADU can be accommodated. Some units have also been legally built in South LA, Hollywood and West LA. 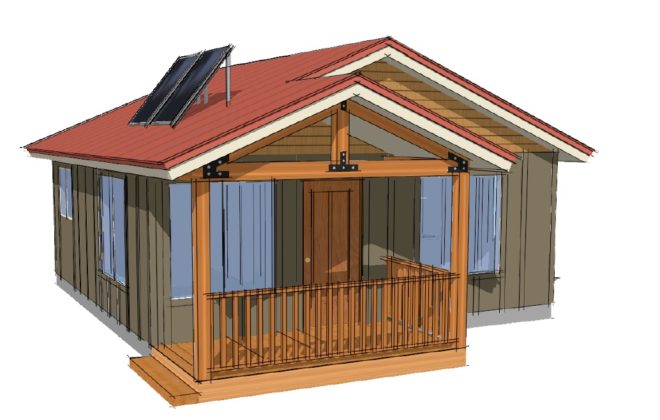 What is an ADU?

Everything about developing Accessory Dwelling Units in Oakland, CA

Why build an ADU or a Granny Flat in Oakland?

Opinion: How California can solve its housing disaster?

Do NOT follow this link or you will be banned from the site!